“The world is a book, and those who do not travel read only one page.” – Saint Augustine

Koppany Pines is centrally placed not only in Hungary but
also in Europe.  It’s a great place for a stopover when exploring both
western and eastern europe.

We also border Croatia, Ukraine, Romania, Serbia with Albania and Montenegro close by which are current all non-schenegen countries bearing in mind UK visitors may be required to consider the 90 days out of 180 in schengen countries. 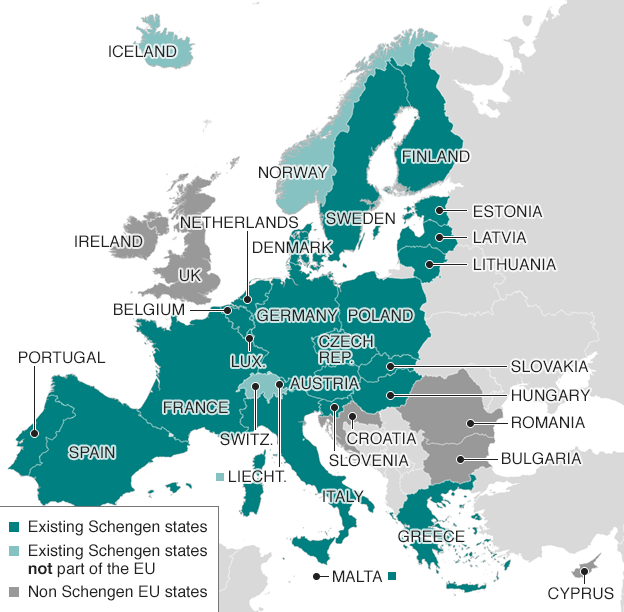 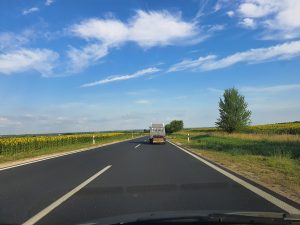 We look forward to welcoming all our guests to Koppany Pines.  Whilst Brexit may be pushing ahead we are a truly european campsite rejoicing in the sharing of different cultures and languages.  We have provided information here to help those travelling to Hungary.  As we are new ourselves we will keep updating as we discover more!

When is the best time to visit Hungary?

The preferred times are the hotter months of spring and autumn beside summer. But then winter months are enjoyable for the Christmas markets, outdoor bathing in hot spas and ice skating.  The summer months are host to the festivals but can be very hot, Lake Balaton is busy but full of fun.  The temperatures build steadily from May 12/20C reaching 20/30C by June peaking around 38C July/August, before starting to fall again from September. Rainfalls tend to be at night, but quickly pass.

What permissions do I need to travel to Hungary ?

Hungary has Visa Waiver Agreements with more than 100 countries, including EU Member States, USA, Canada, Australia, New Zealand.  Length of visa-free stay is 90 days.  UK Visitors are considered still part of the EU until 31st December 2020.  Note: Travel documents should be valid for 3 months at least.

What should I know to drive in Hungary?

In Hungary you drive on the right and the speed limit on the motorways is 130Km/hr.   You need to buy a permit for Motorway driving which you are able to purchase at petrol stations sell, on the internet or via your hire / rental car company.  Make sure you do this before using the roads as there are camera vans and static cameras all over the place

Flights from UK to Hungary

If you arrive at Liszt Ferenc International Airport, you can choose from several options to get into the city centre.

Unfortunately, the airport is not yet connected by rail to the centre of Budapest, but there are two regular bus lines that connect the airport to the city. You will find the bus stop of line 100E between Terminal 2A and 2B, the frequency time of the buses is 20 to 30 minutes, they arrive at Deák Ferenc tér within 35 to 45 minutes, depending on the traffic, after two intermediate stops (Kálvin tér, Astoria), which is the transport node of Budapest, the meeting point of the different metro lines. The first bus line leaves the terminal at 5 a.m. and the last one thirty minutes after midnight, in alignment with the flight arrivals. The price of the bus ticket which is valid only for this line is HUF 900, which can be purchased from the ticketing machine in the bus stop (cash or card).

Bus line 200E circulates between the airport and Kőbánya-Kispest railway station, from where you can get to the city centre by metro line three, the blue line. The ticket price is HUF 350. There are 25 to 30 minutes between the buses. The daily or weekly ticket is also valid for them. Those can also be purchased from the ticketing machine in the bus stop. The first bus leaves the airport at 04:09 a.m., and the last one departs 21 minutes after midnight. (The metro runs until 11 p.m., after that you can get to the centre by night buses.)

Between 1 and 4 a.m. at night look for bus 900 at the airport. You can purchase a ticket for HUF 530 for the night bus from the same ticketing machines and it takes you to the city centre, to Bajcsy-Zsilinszky út in an hour.

The passengers who are over 65 years of age and arrive from any member state of Europe, as well as Island, Liechenstein, Norway or Switzerland can use the public transportation buses free of charge.

There are several shuttle service options available at the airport, and miniBUD is the official airport shuttle service. You can buy tickets for the shuttle service at the kiosk located at the baggage claim area, and your shuttle bus will transport you to your accommodation in Budapest. It’s recommended that you shouldn’t be the last one to board the bus, because on a first-come-first-served basis it may take smaller detours in the city before you arrive at your destination. You can also book a private, premium or VIP transfer for a higher price. HTTPS://WWW.MINIBUD.HU/BOOKING

The one-way minibus tariff is HUF 4,900, but you can purchase a return ticket which saves you ten percent. If you have already purchased your Budapest Card, depending on the type of the card, you will get a discount on your transfer or your return journey can be even free of charge. You can buy the card online, so you can refer to it on arrival: https://www.budapestinfo.hu/budapest-card

You can pay for the minibus shuttle by bank card if you don’t have Hungarian forint on you. (We do not recommend exchanging cash at the airport, because the exchange rates are less favourable.)

Only official taxi service contractors of the airport can provide services at the airport; when exiting the terminal you have to check in at the taxi kiosk, where you will provide the address where you want to go and you will be given a number and the estimated price of your ride. During peak hours the cars arrive frequently, you only have to check their number. Your journey to the centre of Budapest will cost around HUF 9,000. You will pay in the taxi, either by card or in cash. Avoid the taxi drivers offering rides within the terminal if you don’t want to get into a dispute about prices: they are not official service providers.

(Taken from Hungarian Tourist Board – WoW)

What is the currency?

The local currency is the Forint (Ft or HUF) which is about 350 to the Pound or 300 to the Euro. The denominations of the forint coins are 5, 10, 20, 50, 100 and 200, while the HUF Notes are 500, 1000, 2000, 5000, 10000 and 20000The money exchange market is highly competitive in Budapest and should gain a better placed rate changing your own currency to Forint when in Hungary. ATMs tend not to charge for cash withdrawals but your own card issuer might, another suggestion is a prepaid credit card.  Most retail outlets will also accept Euros.  In Hungary credit (except Amex or Diners Club) and debit cards, especially Visa, MasterCard, Maestro are widely accepted.   We’d say don’t bother with Traveller’s Cheques.

When and how much to tip?

Hungarians usually give tips when eating out, having a drink at a bar, using a taxi, having a haircut, etc. The tip is usually 10% of the price, rounded up to the nearest 100 or 500 or 1000 HUF. It is considered rude if you don’t give any tip to the waiter, it means that you were absolutely dissatisfied with the service. However, if the service or food was bad, don’t give a tip.

It is not a good idea to hail a taxi, if you need one negotiate a flat fee beforehand and ask for details from us for an English speaking company.
If you look in ‘useful links’ we have listed a taxi service that has agreed to collect from the airport at Budapest.
Estimates
Campsite to Siófok – Approx: 55,- EUR
Budapest Airport – campsite – approx. 180,- EUR
The pices are depending on the HUF-EUR change rates

What should I expect to eat in Hungary?

You will no doubt be invited to partake in a Palinka, a fruit spirit, each Hungarian resident is allowed to distill 50 litres a year without paying tax.

WANT TO KNOW ANYTHING –

JUST GET IN TOUCH

How to get to Hungary?